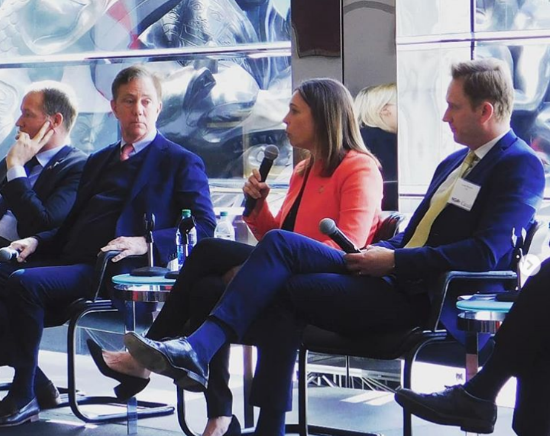 On March 28, 2019, the National Governors Association (NGA), and the embassies of Australia, Canada, and Denmark, hosted a policy solutions conference. Day one of the conference was centered on offshore wind and energy storage policy.

The Northeast US was well represented by leaders in both the government and industry perspectives. Connecticut Governor Ned Lamont headlined a roundtable discussion on the offshore wind market. Governor Lamont emphasized the regional nature of offshore wind, both as an energy source and an economic development driver. “I’d like to see a regional roadmap for offshore wind in the Northeast, and encourage entrepreneurs and developers to come forward,” Governor Lamont commented.

Morten Baek, Permanent Secretary for the Danish Ministry of Energy; Thomas Brostom, CEO of Orsted US Offshore Wind; and Walter Cruickshank, Acting Director for the Bureau of Ocean Management at the US Department of Interior; rounded out the panel. All agreed that offshore wind policy, when designed appropriately, can address energy security, climate change, and economic development challenges.

Governors Deliver State of the States