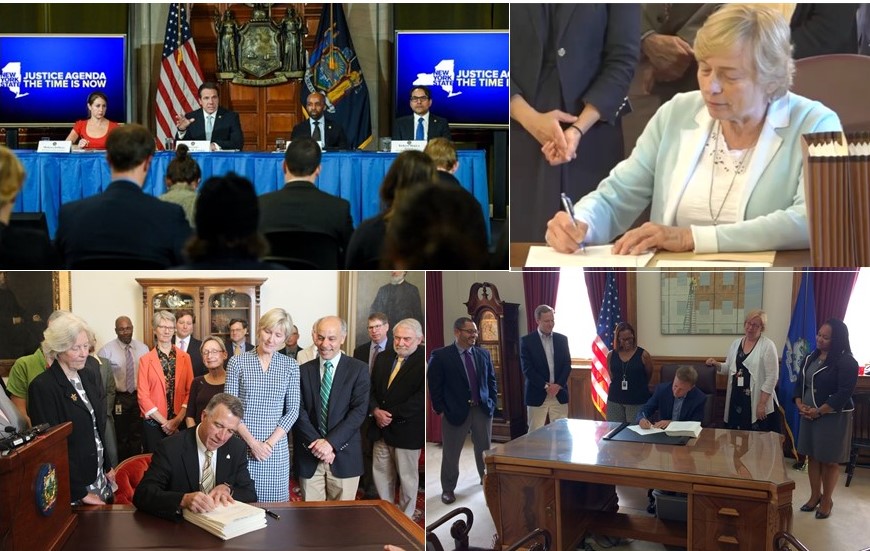 In the Northeast states, most fiscal years ended on June 30 with the exception of New York, which ended on March 31. Three of the CONEG states operate with a biennial budget – Connecticut, Maine, and New Hampshire. Those three state legislatures all passed their budgets, but only Governor Mills and Governor Lamont have signed their state budgets into law. In Maine, Governor Mills signed a $7.98 billion budget into law on June 17 with provisions that include health care expansion, improvements for education, property tax relief, and investments for the state’s Rainy Day Fund. Read more about the Maine budget here.

Governor Lamont signed a $43.4 billion budget for Connecticut on June 26 that closes a deficit without increase in taxes or cuts to essential services. The budget also increases funding for education and workforce development, protects vulnerable communities and services and includes the largest rainy day fund in state history. More details on the Connecticut budget are here.

Governor Sununu vetoed the $13 billion budget based in his opposition to increased taxes, structural deficits, and unwillingness to compromise – issues the governor says he can’t compromise. Meanwhile, NH lawmakers have approved a three month continuing resolution to keep the state government operating through October 1, so budget negotiations will continue. The governor said he was committed to ensuring no programs or services would be interrupted while budget negotiations resume.

Governor Cuomo signed New York’s $175 billion budget into law on March 31. Among some of the provisions for New Yorkers, the budget includes a two percent cap on property taxes, a strategic reform plan for the MTA, increased education funding, and criminal justice reforms to name a few. More details on the New York budget are available here.

In the Commonwealth of Massachusetts, the state’s $43 billion budget is delayed due to ongoing negotiations in conference – some of which are based on policy language around including a tuition freeze for the University of Massachusetts, a tax on opioid manufacturers and prescription drug pricing control. The state passed a “one-twelfth budget” that level funds the state government for the first month of the fiscal year to ensure that state agencies can continue operating without a full-year budget in place while negotiations continue. It is likely that another extension of current budget levels will be put into place, while negotiations continue.

Rhode Island’s $9.9 billion budget was approved by the General Assembly and was reluctantly signed into law by Governor Raimondo on July 5, 2019. She expressed her variances with legislative leaders and stated the budget “unwisely takes our foot off the gas at a critical point in our comeback.” Some of the provisions in the budget expands educational programs for universal Pre-K, adds medical marijuana dispensaries, increases funding for outreach to ensure the census does not undercount certain areas of population, and protects Affordable Care Act benefits. More details on the Rhode Island budget are here.

In Vermont, Governor Scott signed the state’s $6.1 billion budget into law on June 18 while praising state legislators for working together to develop a fiscally responsible budget. Among some of the provisions in the budget are investments in “cradle-to-career” education system, mental health, and clean water. Read more on the Vermont budget here.