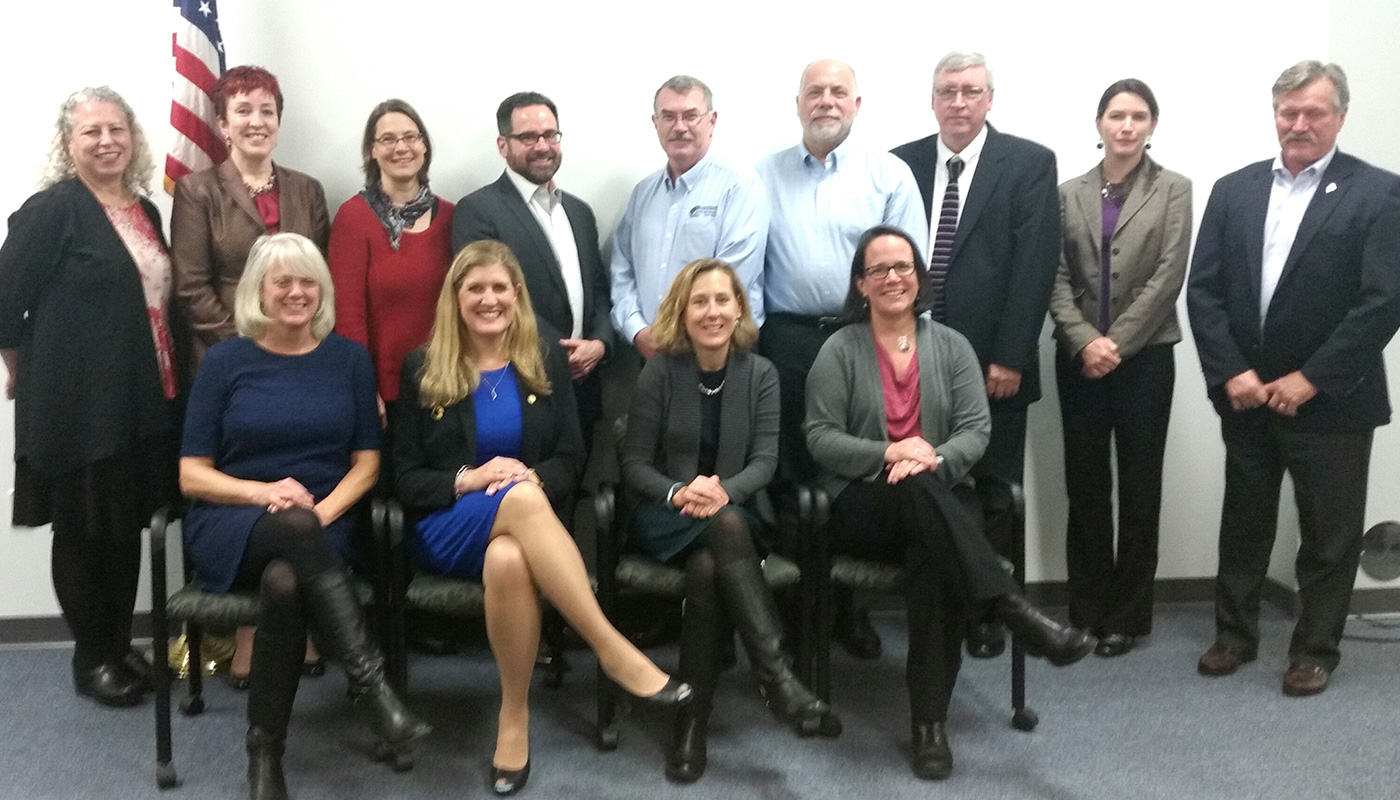 On October 24th the New England environmental commissioners and invited guests met in Portsmouth, NH at the Pease Field Office to discuss regional efforts on various environmental topics and best practices. Due to the history of the Pease Tradeport, it was only natural to discuss Per- and polyfluoroalkyl substances (PFAS), the compound that has been an important topic in regional and national conversations due to various cases of water contamination. Aqueous film forming foam (AFFF), which contains large quantities of PFAS, was originally used to extinguish fires and was prominent in air force training sessions. In 2014 PFAS contamination was detected within wells around the Pease Tradeport and subsequently affected the community around it. Over the years, testing has been underway to determine levels of PFAS in drinking, surface, and ground water. The Pease Tradeport was one of the first sites of contamination and this compound has been popping up in various locations throughout New England since. Around the table, commissioners, EPA Region 1 officials and staff continued the conversation on how to understand this threat and address it properly including the federal task force that was established and statewide testing of not only PFAS but any chemical compound that threatens human safety. Staff at the Pease Tradeport advised NECOE that Portsmouth will also have a new Pease Water Treatment System up and running by the spring of 2019.

In addition, to the continual discussion on PFAS and safe drinking water, the commissioners invited The Northeast Waste Management Officials Association (NEWMOA) and Executive Director, Terri Goldberg, to the meeting. The discussion focused on the difficult situation New England and the country are facing with the processing of recyclable materials and the current limitations set by China. As a region, it is important to collaborate with one another to discover a solution on how to handle the quantity of plastics that burden our region and the world while promoting and communicating similar standards and guidelines to the public on how to properly dispose of these recyclable materials. Commissioners will have a follow-up discussion and determine how the region will move forward.

While the majority of the commissioners will meet this upcoming winter for their quarterly meeting, we would like to say thank you and good luck to Commissioner Paul Mercer (Maine DEP) and Commissioner Rob Klee (Connecticut DEEP) who will likely continue their altruistic stewardship and passion in their next chapter of their career and life.