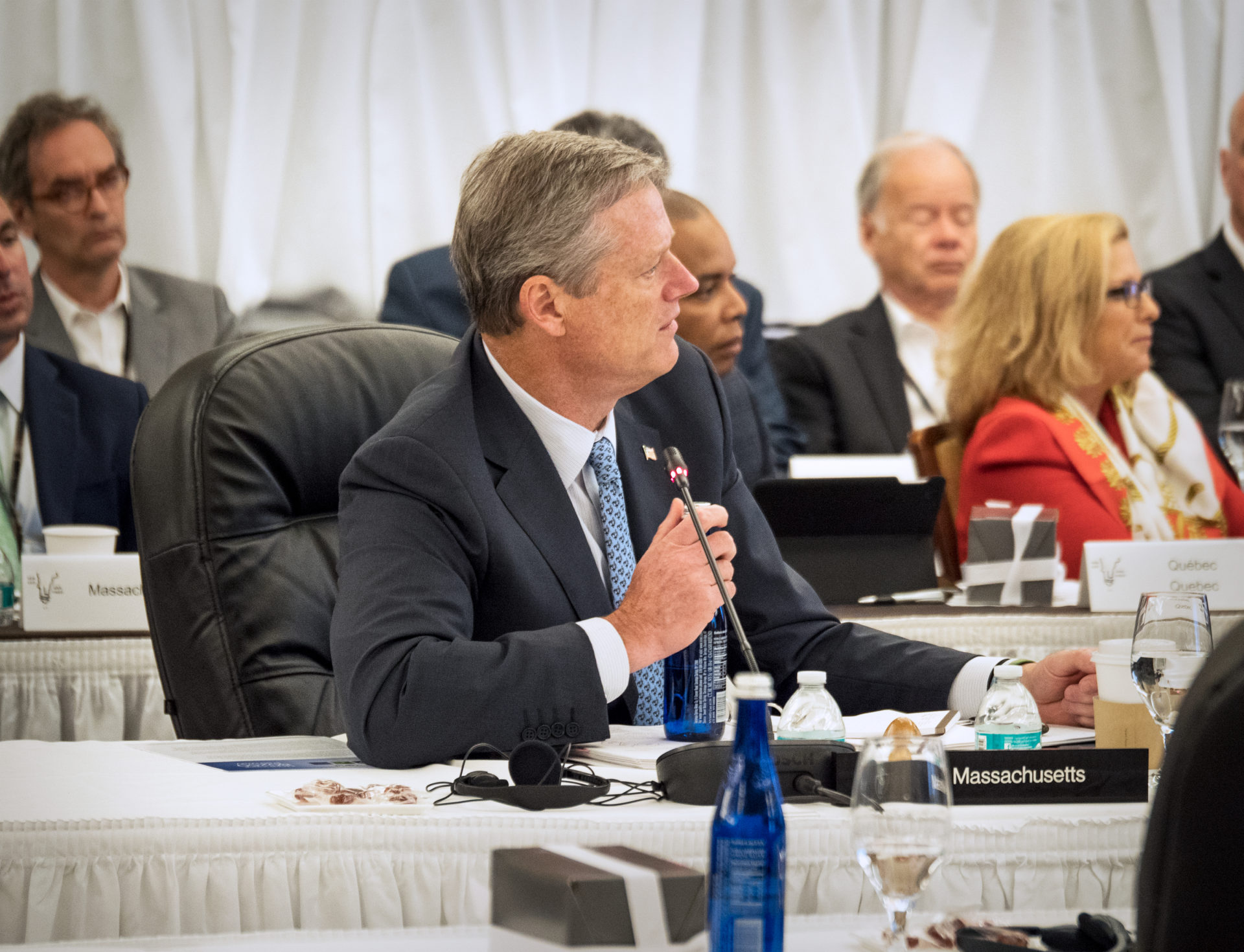 It always feels nice to be recognized. Some recognition is direct in the form of compliments or endorsements. But a special way to show appreciation is to give credit where it’s due.

Here at the Coalition of Northeastern Governors, we focus a lot of our time at pulling together disparate perspectives from across a wide region, in hopes of forming collective statements of support for policy direction. At our annual conference of New England Governors and Eastern Canadian Premiers (NEG/ECP), through the work of various committees comprised of subject matter experts from across the states and provinces, we produce policy resolutions. Over the last four decades-plus, numerous resolutions have been sources of inspiration for regional collaboration around energy, environment, and infrastructure policy.

Here are a couple recent examples of our works in action, both in states and in Washington DC:

Massachusetts Governor Charlie Baker announced the Commonwealth’s first ever, Comprehensive Energy Plan, on December 12, 2018. The plan analyzes Massachusetts’ energy supply and demand and outlines priorities and strategies for achieving a clean, affordable, and resilient energy future for the Commonwealth. Referenced as a foundation to the plan, it was noted that “as a member of the New England Governors and Eastern Canadian Premiers, Massachusetts joined a resolution that the 2030 reduction marker be between 35 percent and 45 percent below 1990 levels in order to remain on track to meet the 2050 goal.” Resolution 38-1 was adopted at the 39th Annual Conference in 2015.

On Capitol Hill, our work on adaptation policy was recognized by members of Congress. As part of their introduction of the Wildlife Corridors Act, Senator Mark Udall and Rep. Don Beyer, referenced measures adopted by the NEG/ECP, in their legislation. Senator Udall introduced his bill S. 3715 on December 6, 2018, and Rep. Beyer introduced H.R. 3272 on December 10, 2018.

Our work on ecological connectivity was heralded in Vermont on December 7, 2018. Governor Phil Scott lauded the work of the NEG/ECP in a recent infrastructure project announcement in Wolcott, VT. The Wolcott Wild Branch Project will include a wildlife shelf under the Route 15 bridge that allows wildlife to safely approach the underpass. Governor Scott said, “Through this work, we continue to uphold the commitments made by the New England Governors and Eastern Canadian Premieres to maintain healthy and connected forests and waters as a regional response to climate change. In addition to improving the safe passage of wildlife under the road to reduce risks to motorists, this project increases flood resiliency and improves water quality.”

Governors Deliver State of the States